Why Humans are still important in Smart Manufacturing?

Humans perform 72% of manufacturing tasks on the factory floor. This figure might seem a little high considering the slightly sensationalist headlines that predict the end of human roles within factories. 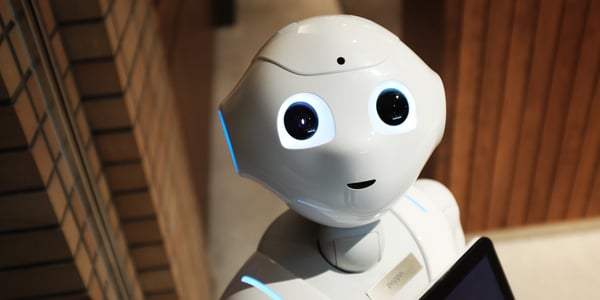 The reality is humans are still the most critical asset a business can own. Our input is crucial, whether it’s through machine maintenance, decision-making or when controlling operations.

So, the answer to the title is a resounding yes. But that doesn’t mean the relationship between human, and machine isn’t changing within the smart manufacturing industry.

Harnessing the Power of Your Human Workforce

Robotics and automation first made their way to the factory floor as part of Industry 4.0, to carry out repetitive and repeatable tasks. They were a safer alternative to human workers, particularly when it came to potentially dangerous work.

They’ve come a long way over the years and now carry out much more extensive work as part of the whole smart manufacturing system. This doesn’t mean the end of the human factory worker. It just means their role will be robot-assisted.

For example, modern automation can take much of the cognitive load away from their human counterparts. Traditionally, humans might have been required to carry out maths equations or analyse huge volumes of data.

It makes a lot more sense for the real number-crunching to be carried out by the software. It’s quicker to do sums in a calculator than in your head. It’s even faster to let an AI program carry out multiple equations in a split-second. That way, there are zero errors, and the human has the information they need in an instant.

Then, they can interpret the data or utilise the equations as needed. This isn’t about replacing humans. It’s more elevating their work and backing them with the technology they need to do a fantastic job.

How to Make Sure Your Workers Feel Valued

We mentioned earlier there are constant headlines that predict the end of human involvement within manufacturing operations. Although these are slightly misleading, they can have a genuinely negative impact on anyone reading them.

The more someone reads about the rise of robot workers, the more resistant they’ll be to technological advancements that would have a positive effect on the business. You need to cultivate a culture of collaboration.

There needs to be a shift towards a ‘human and machine’ team mindset. The two can not only mutually co-exist but they can also bring out the best in each other. Situations can be tackled by humans who are backed by technology. This shift can take time and many people do have reservations, but the results speak for themselves.

Once implemented, operators can receive the information they need from robots which will be presented in the right way. This support will transform the human’s role within the process.

They’re no longer operators. Instead, they’re data scientists. The robots have empowered the human in this instance to make the right decisions and add value to the business.

They feel less of a cog within a vast machine, but more of a valued individual who can harness data to make informed decisions that drive growth.

Naturally, there are going to be gaps in the expertise of your workforce. Employees leave and situations change, leaving your business with holes that harm productivity, efficiency and growth.

Plus, with new machinery and technology added to the plant floor all the time, it can be difficult for existing workers to adapt. It’s up to you as a manufacturer to identify these skills gaps and take action.

This is where the role of the human within a factory will need to shift again. The rise of robots within factories will need an accompanying increase in robotics-focused roles. A Skills Gap Report has estimated that 87,000 jobs of this kind will have to be filled by 2025.

Your human workforce needs to sharpen their industry 4.0 digital skills. It’s crucial that robotic automation, maintenance, artificial intelligence, and digital process modelling become a key part of training as humans shift into new roles that have been created because of the increase in robots on the plant floor.

It’s important to take these steps now so that any skills or experience loss can be mitigated through empowering new workers with the right digital knowledge.

This is just one example of how crucial humans will be in the future. Their roles and daily processes might change but this is a positive switch that will allow them to carry out fewer repetitive tasks. Instead, they’ll have the tools and support needed to influence decisions at a higher level.

Automation will be a key part of the factory of the future. To see what that might look like, take a look at our guide.

How Humans and Machines Will Work Together

Download our free guide now for insight into smart factories and the benefits they’ll offer to manufacturers that make the transition early. It features a detailed illustration that outlines the impact an integrated factory will have on not just the plant floor, but also the control room and boardroom.

Get your copy now using the link below.